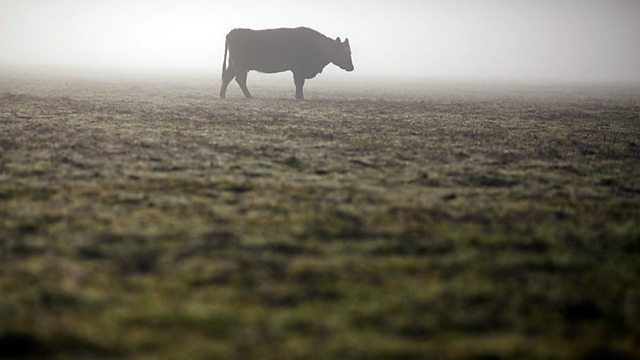 Cheap Food from the Farm

Is it time to cut global farm subsidies? Would it make food cheaper, and should we grow our own meat in the lab?

We examine the dirty and some say, massively overpriced world of global agriculture. We hear a report from Argentina where small farmers say they are struggling to compete with the wealthier soya producers, who now dominate Argentine crop production. Why, some are asking, do governments splash out billions on tax breaks and subsidies for a select few wealthy industrial farmers? We hear from Harvard economist and subsidy expert, Jeffrey Frankel. He is professor of Capital Formation and Growth at Harvard University's Kennedy School of Government.

Also, we ask if it is time to use cutting edge science to grow our own steak (other meats as well) in the lab? It could make meat cheaper and cleaner, according to Gilonne d'Origny, chief development officer at a tech start-up called New Harvest.

(Photo: A cow feeds in a pasture in the morning fog on a farm in Duggan, Argentina. Credit: Getty Images)