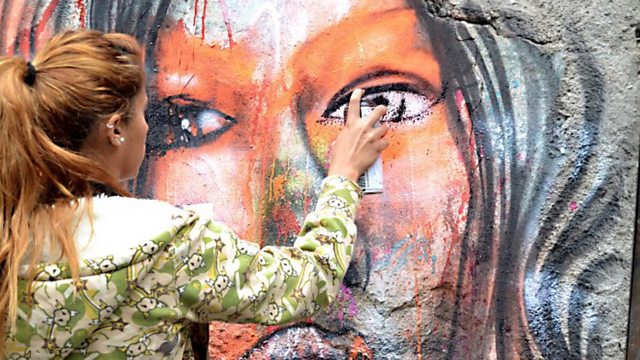 Graffiti: Paint and Protest in Brazil

The Documentary Graffiti - Paint and Protest
Episode 2 of 2

What does graffiti and street art actually change?

Thousands of angry young Brazilians could not care less about the 2016 Olympics; they would rather paint Rio and São Paulo’s walls with their views about political turmoil, poverty and inequality. Others choose to cover historic buildings with stark, crude lettering known as 'pixação'. Paulo Ito, Panmela Castro, 'Cripta' Djan Ivson and pixação pioneer Marcelo 'Xuim' explain what they are trying to say through their work - whether or not people wish to hear it.