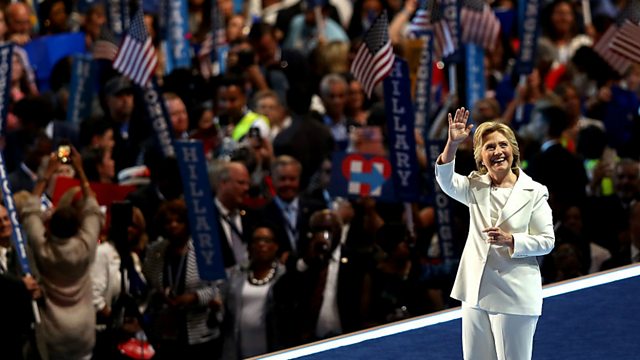 Clinton and Trump offer their rival economic visions, plus we get a business solution to America's increasing social divisions. And why failing in business can be good.

We reflect on Hilary Clinton's coronation as the Democrat Party's presidential choice - the first woman candidate to run for the White House. With the party conventions now over, we reflect on what the two presidential rivals really stand for. Democrat supporters suggest what the main issues really are for their country and the world, and we hear from a Trump economic advisor, Peter Navarro, professor of Economics at the University of California-Irvine, who offers some clues to the essence of Trumponomics. Also in the programme, we hear from a leading US business investor, David McCourt, chairman and CEO of Granahan McCourt Capital, about the solutions he sees to the perceived chasms developing within US society.

Confessions of a Rogue Trader