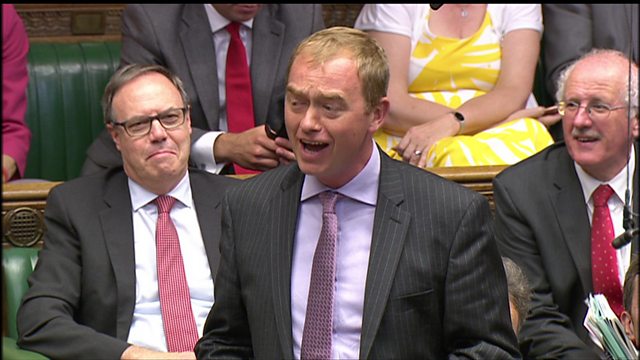 'My party's a little bit bigger than his'

The leader of the Liberal Democrats asked the prime minister about some of the financial claims made in the EU referendum debate by the Leave side, and the cost of lawyers to help the UK leave the EU.

They both reminisced about being unsuccessful candidates in the 1992 general election, for the North West Durham seat, although both went on to lead their political parties at Westminster.

But the new prime minister ended with a barb about the relative size of their parties in the House of Commons. 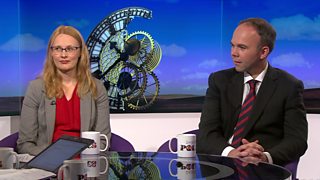