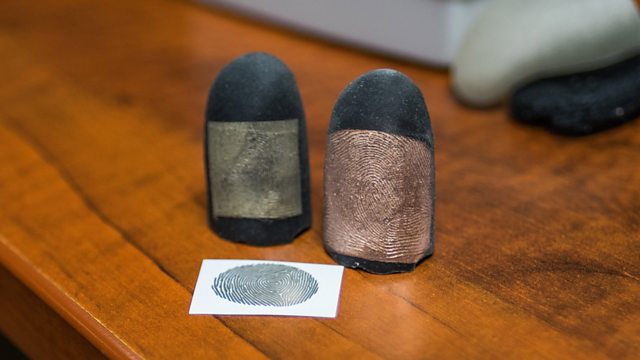 Police in the USA are seeking to unlock a murder victim's phone using a 3D replica of fingertips. Click talks to the researcher behind the effort, Professor Anil Jain from Michigan State University.

Mobile 360 - Africa
Click’s Sammy Awami reports from the Mobile 360 Series Africa summit in Dar es Salaam, Tanzania on the roadmap for Africa’s increased access and use of mobile technology.

actigaze
Do you still need your mouse to click or could you just use your eyes to select a command or chose a webpage? This could be the next big thing after touch screens? Click's Roland Pease has been testing out "actigaze" software that could make eyeballing web pages more natural.

The Danger of Automated Vehicles
San Francisco is hosting the world symposium on Automated Vehicles, featuring experts involved at the cutting edge of this technology around the world. It comes at a time following the controversy over the fatal crash of a Tesla car while the driver was using its autopilot feature. Tesla is currently being investigated by Federal authorities about this case and at least one other. Some commentators are speculating that this tragedy could stall the advancement of automated vehicles. Alison van Diggelen reports from San Francisco.