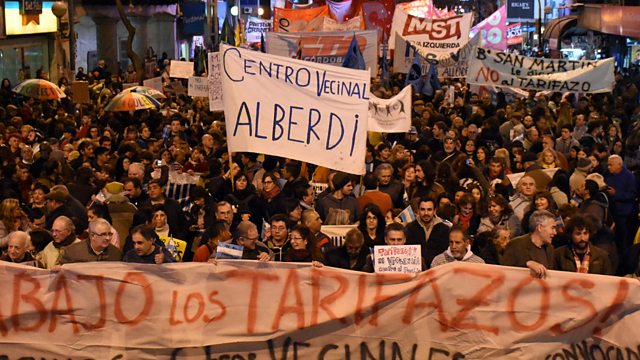 The challenge of rowing back on nearly a decade of economic populism in Argentina. Plus, when a boss' ego gets in the way of a company's smooth running.

Economic protectionism and populism, from the right and the left, is on the rise around the world but Argentina's new centre-right President Mauricio Macri is now trying to row back on nearly a decade of economic populism. Grace Livingstone reports from Buenos Aires on how Argentines are reacting to that.

Also, Ryan Holiday, a former director of marketing at American Apparel, and author of Ego is the Enemy, talks to us about the importance of humility in business. And, our regular commentator Lucy Kellaway of the Financial Times has advice on how to manage at work in times of great change.