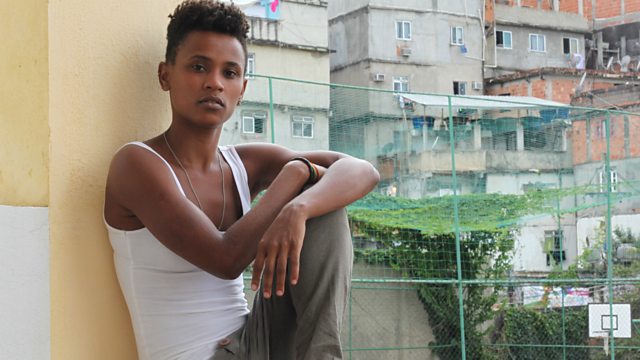 A Tempest in Rio

Shakespeare's plays, acted out by performers such as Suellen Carvalho, appeal to Brazilians for their mix of sex, politics and intrigue

On the eve of the Olympics, Shakespeare’s mix of sex, politics and intrigue plays out in Rio. 400 years after Shakespeare’s death, his plays have come to Brazil and are being played to packed houses in front of enthralled audiences who respond instinctively to their passionate mix of political corruption, violence, sex, death and the supernatural.

This summer, a unique collaboration between international directors, academics and Brazilian actors has brought one of Shakespeare’s greatest plays, The Tempest – in which he writes about the ‘brave new world’ of the Americas – to Rio de Janeiro.

This programme hears from Suellen Carvalho, who will play Miranda in The Tempest. High in the hills overlooking Copacabana she explains how she turned her back on the drug gangs to take up Shakespearean acting. Her brother was killed in gang warfare and so her family has suffered from the violence that plagues the city of Rio. It was Shakespeare that helped her escape. “I thought the language of Shakespeare was very difficult at first”, she says, “But when I heard Shakespeare being spoken by black actors from the favelas (shanty towns) of Rio then it’s another language. I thought, I can do that too.”

For Suellen it has been an extraordinary journey. As a black actress she had no hope of playing the part that she saw as exclusively for white performers. “When I was told I would play Miranda I was amazed! Black actors in Brazil are normally given the roles of the house servant, prostitute or drug dealer.”

Women with the Right Stuff