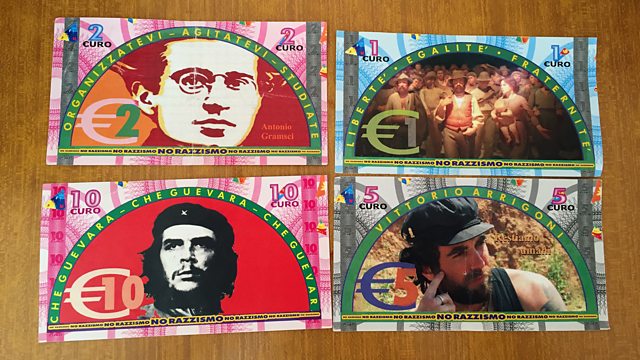 Italy: The Priest and The Mayor

The Compass Destination Europe
Episode 3 of 6

Migrants in the Calabria region of southern Italy lead starkly different lives. A priest helps the desperate and abandoned, a welcoming mayor means others are luckier.

It’s become much harder for migrants from Asia and Africa to reach Europe via the Greek route, but the numbers of those reaching Italy have not declined. Those rescued at sea are mostly taken to Sicily, and also to Calabria, the toe of Italy. Calabria is one of Italy’s poorest regions, more used to emigration than immigration, and the newcomers lives vary starkly.

Hashi Mohamed meets a priest, Don Roberto Meduri, who in the near-absence of official support in his area has taken it upon himself to help migrants living in desperate conditions in an abandoned factory and in a tent city. He has looked after “thousands”, he says, getting mattresses from a prison, fixing power cuts at the tent city and guiding the refugees through the processes to get their residence permits and health cards.

Less than an hour’s drive away, in the small town of Gioiosa Ionica, things are very different. Here the local mayor, Salvatore Fuda, has volunteered to take 75 asylum seekers as part of a government scheme that pays the town 35 euros per migrant per day to look after them. The money goes to the town, not the migrants. For Fuda this is a win-win situation: the local community gets a significant economic boost, and the migrants get to live in houses rented for them, get job placements and language classes.

(Photo: Notes given to migrants for use in Gioiosa Ionica)

Greece: The Warehouse of Souls—Destination Europe

UK: From Syria To Yorkshire—Destination Europe