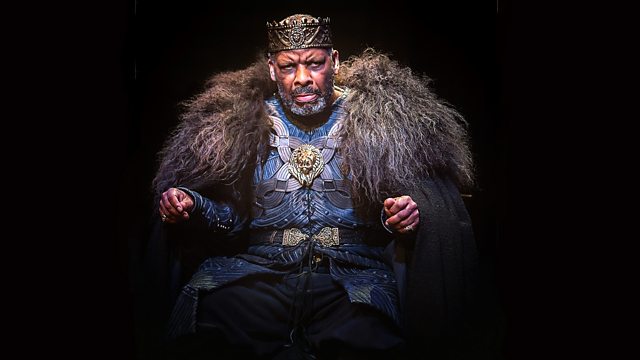 A brutal portrait of a man unraveling; pitted against his daughters, against nature and against the universe itself.

King Lear is a brutal portrait of a man unraveling; pitted against his daughters, against nature and against the universe itself. In an ancient Britain bound by loyalty to the clan and the power of the sword, King Lear decides to give up his crown. As he divides the kingdom between his daughters, family ties disintegrate, order disappears and the land slides into chaos. This raw visceral production opens up a new dimension to the play, dramatised in a world where the medieval meets Game of Thrones.

In this brutal and powerful portrayal of King Lear the casting of Lear’s family as black raises important questions about the hidden presence of Black Britons, and Don Warrington’s portrayal of King Lear distills a compelling, heartbreaking awareness of the impact of Dementia on family bonds and decision-making.

Filmed in the round at the Royal Exchange Theatre, Manchester in front of a live theatre audience, King Lear played to sell out theatre crowds during its run, winning 4 and 5 star reviews across the board and was described by the Guardian as ‘as close to definitive as can be’. 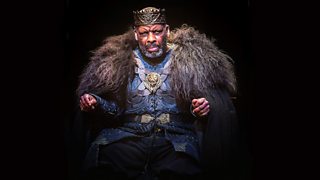 See all clips from King Lear: Part One (3)

See all clips from Shakespeare Lives (234)