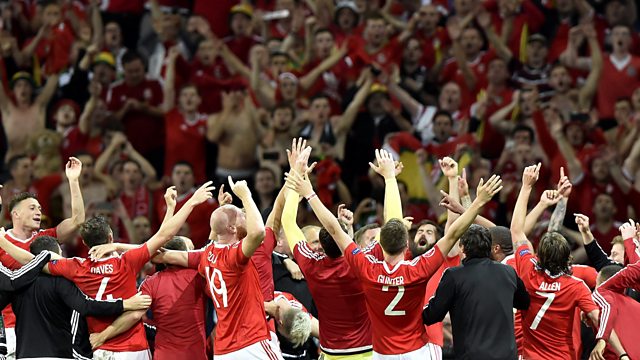 BBC Radio Wales commentator Rob Phillips tells his family live on air that he’ll be extending his stay in France after Wales reached the semi-finals.

Phillips, who was commentating at the Stade Pierre Mauroy as Wales beat Belgium 3-1 in the quarter-final, said: “If the kids are listening, put the bin out on Monday, I won’t be home.”