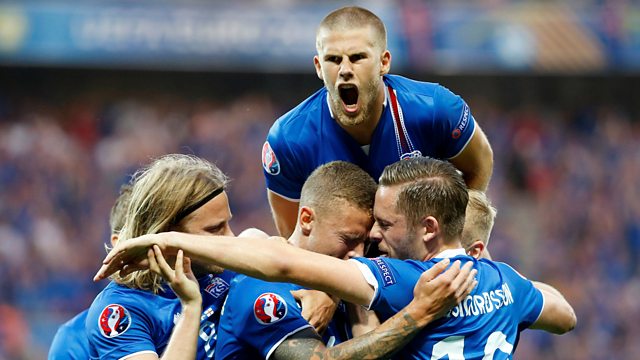 Following their win over England, is Iceland the best in the world per capita?

Is Iceland the best football team in the world per capita? England suffered a 2-1 defeat to Iceland in the European Football Championship in France. This was embarrassing for England when you consider its population is 163 times bigger than Iceland’s. We take a look at whether Iceland is now the best performing football team in the world if you compare UEFA ranking to the size of each country’s population. Plus, we take a look at the chances of a young man in Iceland and in England getting to represent their country on the pitch.

Many media outlets have reported that it was predominantly the older generations in the UK who voted to ‘Leave’ the EU in a recent referendum, while those under 25 were keenest to ‘Remain’. It has prompted many listeners to ask whether a referendum on this topic might yield a different result if held in a few years’ time as the electorate changes. We attempt some back of the envelope calculations with Tom Chivers from Buzzfeed. But actually – how good is the data available? How do we know how people voted or how they would vote in the future?