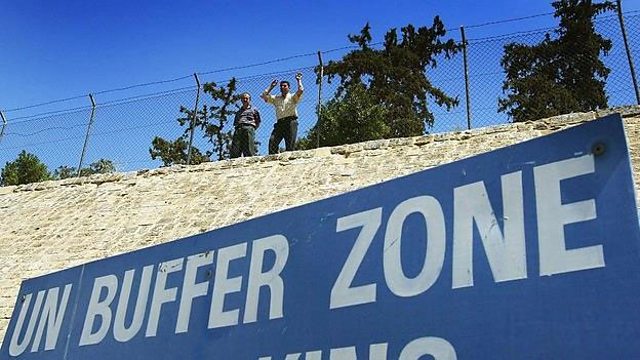 World Questions goes to Nicosia - the last divided city of Europe - hearing from both Greek and Turkish Cypriot communities.

Nicosia, the capital of Cyprus, is the European Union's only divided city. The two main communities on the island, the Greek Cypriots and the Turkish Cypriots, have been separated since 1974. As leaders of both sides claim progress is being made towards reconciliation, World Questions is in Cyprus with the British Council and a panel of leading politicians and thinkers. Is the challenge of a united Cyprus a problem that the European Union can solve? In a time of turmoil, what does the future of the European Union mean to the island of Cyprus?

On the panel: Averof Neophytou, leader of DISY, the governing party of the Republic of Cyprus; Meltem Onurkan Samani, Adviser to the Turkish Cypriot Leadership; Christiana Erotokritou, DIKO, Republic of Cyprus MP; Jan Techau, director of Brussels-based research institute Carnegie Europe and Niyazi Kizilyurek, professor of Turkish and Middle Eastern Studies at The University of Cyprus.