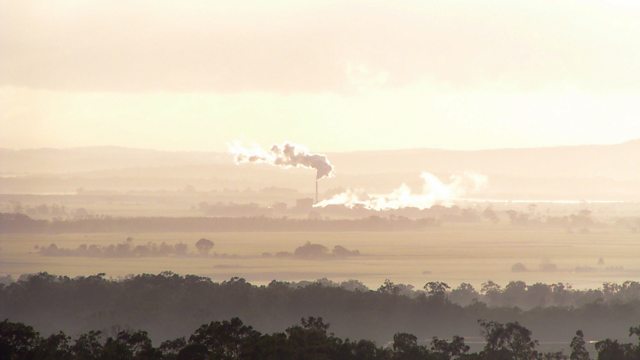 Thirty years ago researchers linked the ozone hole in Antarctica with the use of chlorine- and bromine-based sprays. There followed an immediate worldwide ban. Scientists only very recently detected the slow healing process in the ozone layer at the South Pole. However, external factors, such as atmospheric particles resulting from recent volcanic eruptions, are disrupting this recovery.

Amazon Rainforest
The Amazonian rainforest is at risk from human activities even in protected areas. Quantification of biodiversity reveals a significant drop near the site of human activities compared to pristine areas. Current management standards and climate change also leave the forest much more prone to large-scale fires.

Helium Discovery
Helium is becoming a scarce resource on Earth. It’s critical for the medical and nuclear industries. The ultra-light gas is easily lost to the atmosphere and space. The gas is usually discovered by accident during oil and gas drilling. But now, a team of UK scientists and Norwegian prospectors have been specifically looking for helium and they have just detected a large helium gas field in the African Rift Valley, probably of volcanic origin.

Undead Genes
Researchers at the University of Washington measured unexpected post-mortem activity of genes linked to embryonic development and cancer in animal tissues. The causes are unknown but they suspect a slow unravelling of the DNA three-dimensional structure, exposing these previously hidden genes. Gene activity last up to four days post-mortem and could have applications in forensics to accurately pinpoint the time of death.

Nanotechnology to the rescue of modern art.
Having been challenged by Roland to find an unexpected use for nanotechnology our resident nanotechnologist Rob Thompson heads goes to find out about a European Horizon 2020 project that aims to use nanotechnology in the conservation and protection of modern art. Visiting sustainable heritage laboratories, art conservation studios, and the workspace of 3D print Artist Tom Lomax it becomes evident that modern art is in fact one of the most vulnerable parts of museum and gallery collections. The experimental formulations used in early plastics and the unknown consequences of experimental cleaning methods have led to an exciting and active area of research. Nanotechnology offering greater control and high levels of sensitivity in detection makes it an ideal candidate in the fight to protect the priceless pieces of modern. Rob finds though that where art is involved consideration has to encompass more than just the pure science.

Programme image: Results of a new study show that the Montreal Protocol’s efforts to control ozone-depleting substances are helping to “heal” the Antarctic ozone hole.