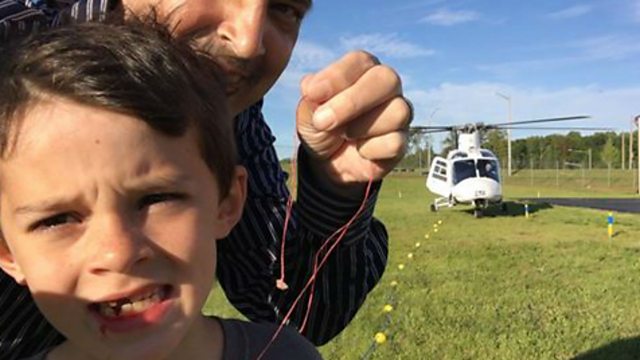 A pilot from Virginia removed 7 year old tooth by tying it to his helicopter. Rick Rahim flies helicopters for a living and decided to take out his son Carson’s tooth in a unique way, and posted video of his antics online.

Rick said: “We connected rope to fishing wire and tied that to his tooth. I got in the helicopter and up, up, and the tooth went away”.

He lifted the helicopter 5-10 feet in the air and backed away, removing the tooth. Rick tested the method before using it on his son: “We had one lady say, ‘if it doesn’t break you’ll lift him up in the air!’ - but we ran tests and the only thing that could have broken would be the fishing line”.