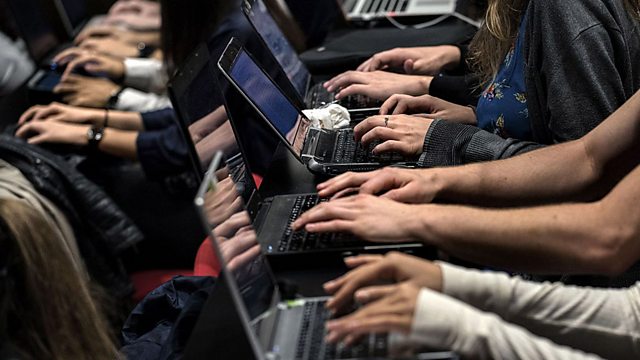 The Future of the Internet

The future of the internet; Wonderlab at the Science Museum; Silicon Valley Oscars; VR conservation

The future of the internet is at risk if we do not act now says experts from the Global Commission on Internet Governance. Their report entitled One Internet contains recommendations to ensure secure, accessible and affordable online freedom for years to come. The two-year project by the Centre for International Governance Innovation and Chatham House has brought together almost 70 advisers from around the world to develop this strategy for internet governance.

Wonderlab at the Science Museum
A new interactive permanent gallery is soon to open at London’s Science Museum. Its aim is to make visitors, and particularly young people, think like a scientists. LJ Rich has been for a sneak preview at the technology on show.

Silicon Valley Oscars
Talk of revolution was in the air in Silicon Valley last week at SVForum’s Visionary Awards. With past recipients like Bill Gates, Elon Musk, and Esther Dyson, these awards have earned a reputation as the Oscars of SV. Reporter Alison van Diggelen speaks to some of the winners and how they see their innovations impacting on people’s lives – for the good.

VR Conservation
A new virtual reality film called Valen’s Reef has been launched this week at the Cannes Lions International Festival of Creativity. The title comes from eight-year-old Valen, the son of a west Papuan fisherman who has become a coral reef scientist. The film shows you the variety of life on the reef and then the colourful thriving reef gives way to an underwater wasteland of bleached, dead coral. The team behind the work hope it will highlight the risks corals in the region are facing.

How Technology is Helping Refugees