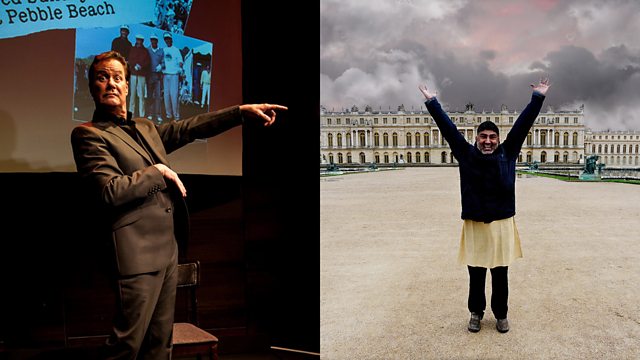 Dads: we meet the Indian man who adopted the children of sex workers to give them a better chance in life... and Chris Lemmon, son of film star Jack Lemmon

Jack Lemmon was a well known American actor and comedian who died in 2001. His son, Chris, has been touring the world for a few years now with a tribute show to his father called A Twist of Lemmon. He describes what it was like having such a famous dad...and the moment he came across Marilyn Monroe and President Kennedy in the next door swimming pool!

Brryan Jackson was deliberately injected with HIV as a baby - by his father. He now runs a charity called Hope Is Vital and tells Jo Fidgen why he remains hopeful about his life and would like to be a father himself.

When he was a teenager Ajeet Singh made a remarkable spur-of-the-moment decision to adopt the children of a sex worker with the aim of giving them a different future. The decision not only changed his life, but the lives of many sex workers in his home city of Varanasi in India.

Richard Williams, father of tennis stars Venus and Serena, talks about how he devised a master plan to make his daughters into the champions they are today. His plan included some tough love - including moving them to the ghetto.

Artino is from the Syrian capital Damascus. In 2013 he witnessed the Ghouta chemical attacks on the outskirts of the city in which hundreds of people were killed. The moving photos he took in the aftermath of that attack turned him into an accidental photo-journalist. Artino also talks about his relationship with his father who worked for the regime of President Bashar al-Assad.