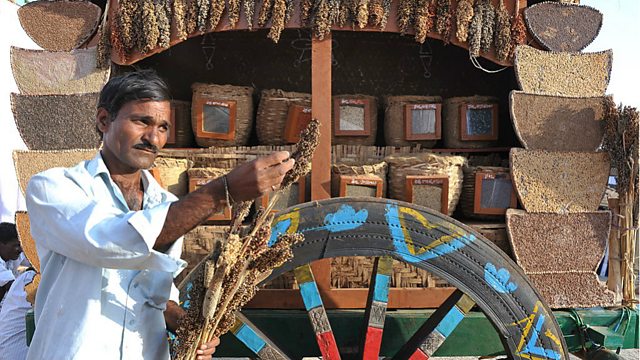 The rebels and revolutionaries fighting against what some see as a food dictatorship.

A rebel grandmother faces losing her livelihood after smuggling maple syrup in Canada, a Vermont gardener stocks fridges full of seeds, an artist plants vegetables on the streets of Los Angeles, and a widow in India blames ‘foreign seeds’ for a string of suicides. Meet the rebels and revolutionaries fighting back against what some see as a growing food dictatorship. Just six companies sell almost two-thirds of the world's seeds, and potential takeovers raise the possibility that number could shrink to three. Are we heading towards a world where all seeds, fertiliser, and pesticides are in the hands of just one company? We are joined by experts from both sides of the debate as we listen to stories of subversion.

See all clips from Seeds, Syrup and Subversion (2)