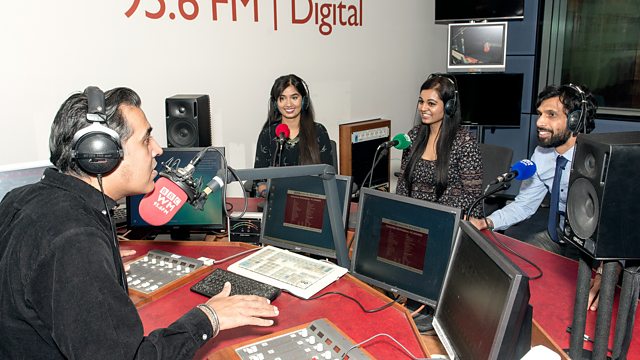 How a BBC WM 95.6FM ‘takeover’ connected with people in Birmingham and the Black Country to create a big impact on a tight budget.

How a BBC WM 95.6FM ‘takeover’ connected with people in Birmingham and the Black Country to create a big impact on a tight budget.In March 2016, BBC WM 95.6FM invited listeners and members of the local community to 'takeover' the station as reporters, producers and co-presenters for a whole week.

In this podcast, the BBC Academy’s Roxanne Ibrahim-Khan talks to assistant editor Sharon Stokes who headed up the WM Takeover project as well as broadcast journalist Steve Hermon who worked closely with participants and two of the stations Takeover stars: M’esha Bryan and Phil George.

You'll find advice on how to do something similar for your station or radio show, including:
• How WM Takeover came about
• How the station selected members of the community to bring into the studio
• How the team trained radio novices in editorial, legal, storytelling, radio production and creativity within a very tight timeframe
• How it was a great way of unearthing local talent and original local stories
• What the station learnt from the project and what could be improved on
• Advice on how you could do something similar at your station
• If you are new to radio, on how to best seize opportunities like this when they come up

Sharon talks about how they found the participants and delivered training in partnership with the BBC Academy.
She also handled the rota, which was "a bit of a military operation" - swelling the ranks by more than 100 people. It meant taking into account people's busy lives as well as the creative and editorial reasons for participants being part of a particular programme. For instance, the presenters Sunny and Shay Grewal are married so Sharon and the team decided to make the most of that and "put married couples on the show with them".

M'Esha and Phil worked closely with Steve who taught them about live reporting and radio package making. You'll hear clips of M'Esha reporting live on air and Phil's radio package on the local economy in Wolverhampton.

The WM Takeover project provided great rewards in terms of great content, audience appreciation and making real connections with the local community. For Sharon, building on the legacy and "tapping into that local talent is something we really want to build on".

See all episodes from The BBC Academy Podcast 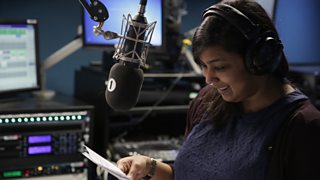 Find videos, articles and more to help you in your media career.