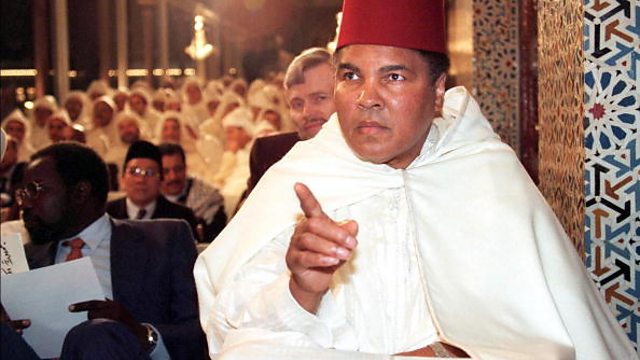 The Spiritual Journey of Muhammad Ali

Why Cassius Clay converted from his Baptist Christian upbringing to join the Nation of Islam.

When Cassius Clay converted from his Baptist Christian upbringing to join the Nation of Islam he told a press conference that "a rooster crows only when it sees the light. Put him in the dark and he'll never crow. I have seen the light and I'm crowing."

How did Islam shape his sporting life, his activism and his politics? William Crawley explores the spiritual journey of Muhammad Ali from the Christian origins to his famous conversion to the politically charged Nation of Islam and then his eventual embrace of orthodox Sunni Islam. William will hear how his faith changed and in later life he started to follow the more mystical Sufi Islam.

The God of Hip Hop