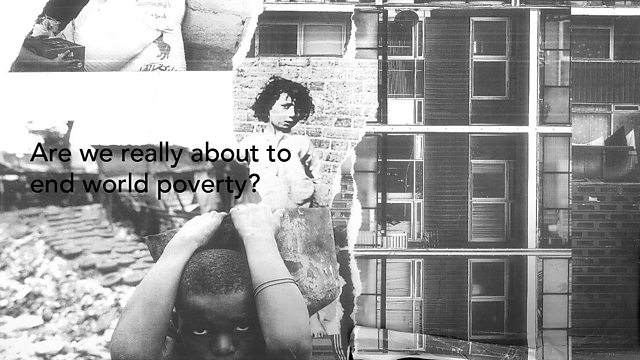 Are We Really About to End World Poverty?

The UN thinks ending extreme poverty is possible within a generation. But it is a claim we have heard before.

“More than half the people of the world are living in conditions approaching misery,” declared President Truman at his second inauguration. “For the first time in history, humanity possesses the knowledge and skill to relieve the suffering of these people.” That was 1949.

It is a claim we have heard many times since - that ending poverty is within our grasp. But it is a dream which has - despite decades of effort - eluded us. Now the United Nations has set a new target - to eradicate extreme poverty by 2030. Will it be different this time?

We have already come a long way. For the first time in history fewer than 1 in 10 people are poor around the world. A billion people have been lifted out of extreme poverty since 1990. But achieving the UN's new goal means reaching another 836 million people in the next 14 years. And that will be tough.

Are we really about to end world poverty? Our experts include an economics professor who was himself born into poverty in China, and Helen Clark, who hopes to be the next leader of the United Nations.

Why Do So Many People Dislike Hillary?

See all clips from Are We Really About to End World Poverty? (2)