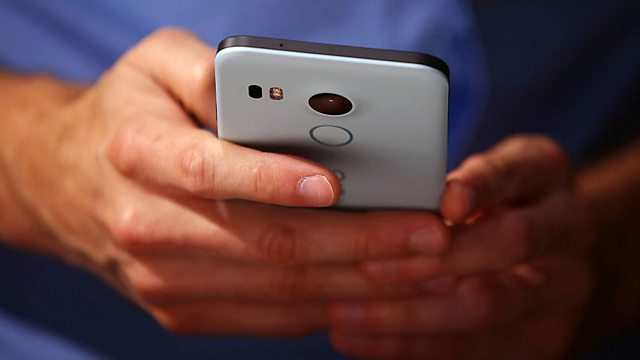 A report by the mobile security company Pentest shows that a keyboard app that had been downloaded 50 million times, was asking users permission to access their camera, GPS and can even terminate background processes? And why is it then sending this information to servers across the globe including to China? We have Andrew Pannell, security consultant and Head of Mobile at Pentest coming in to tell us what he found and why so many apps want access to so much on our phones?

Academic Certification and Blockchain
Have you ever applied for a job and then frantically tried to find your academic or professional certificates? With rising levels of academic fraud a new digital system of certificate verification has been developed by the Media Lab at MIT. It uses blockchain - the technology behind virtual currencies like bitcoin. Once a qualification is gained it is added to a ledger in the system that cannot be removed and should be almost tamper proof. Other academics can then check these qualifications online and know who created the ledger and if anyone has altered it as the ledger itself cannot be removed.

Google Autism Glasses
A student at Stanford University has developed google glasses that recognise different emotions and a clinical trial is currently underway to see if they help children with autism detect different emotions. The glasses use a machine learning system to do this. Currently the most common method of teaching children with autism about recognising emotions is to use flashcards, but this method can be applied in real time and also situations can be played back so children can learn from them, for instance why someone was angry.

T-rays and Chips
Terahertz radiation, or T-rays, can be used to scan for tumours and weapons and can even see though solid objects. And until now they did have limitations particularly with high imaging resolutions. Researchers at the University of Exeter have developed a new terahertz camera that can see at a microscopic level. This is a significant development for quality control. Electronic products can be now tested at the end of the production process to ensure there are no faults in the chips, something that is currently done at the beginning of the production process. The researchers also hope to develop cancer screening tests as T-rays can detect high levels of water in skin cancer cells much earlier than current tests can detect cancer cells in the skin.

Digital Discrimination in a Sharing Economy

The Future of the Internet