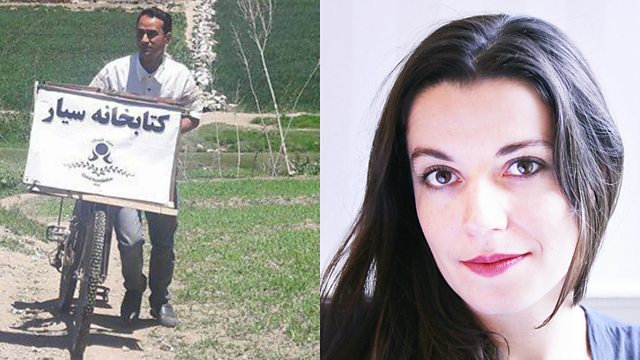 Untold Stories: uncovering a dark family story in Australia, reporting from the front line in northern Uganda and getting stories to Afghan children.

Growing up in the town of Gulu in northern Uganda, Gloria Laker Aciro would listen to the radio with her parents. Realising that stories about Gulu were never told, she made up her mind to become a reporter and tell those stories to the world. She is now a pioneering war reporter.

Saber Hosseini goes to great lengths to get stories to children in Afghanistan. A schoolteacher by profession, he fends off threats from the Taliban to cycle across the mountains of Bamiyan with a mobile library, delivering books to children in remote villages who otherwise would have no access to story books.

Samy Ben Redjeb likes to collect unsung songs. He spends most of his spare time flying across Africa in search of old records from the 1970s. A vinyl enthusiast, he even got a job for an airline to help him in his quest.

Scottish journalist Cal Flynn found herself with a dilemma when she started rooting around in her family history. She discovered the untold story of her great great great uncle who had been celebrated as an explorer and pioneer but it turned out that there was a much darker side to his story.

Alison Bechdel is an award-winning American cartoonist who's had her life story turned into a musical on Broadway.
It focuses on her childhood in a small town in Pennsylvania where her family ran a funeral home. When she was in college, Alison came out to her parents - and it was only then that she discovered her father was also hiding a secret.