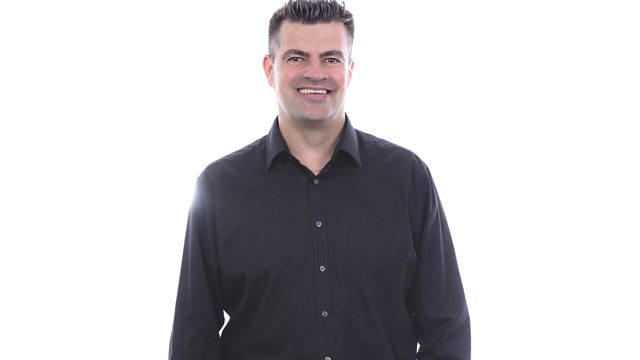 Anthony speaks to founder Hajja Fatimah Dennis and one of her students from the Mariam Madrassa Sharif Al Wazzani Academy on why they are looking for a new intake of students.

In the first hour of the programme, Anthony brings you hymns and worship music and in this episode, you'll hear from The Priests, Christ College Cambridge and Kathryn Crossweller's version of Patrick Appleford's Lord Jesus Christ (Living Lord).

At around a quarter past six, Anthony plays a Hymn of the Week with a bit of the history behind the compostition of some of our most well-known hymns - and this week's choice comes from Anne in Taverham and centres around the theme of pilgrimage.

Also between six and seven, Anthony also hears how Christian churches in the Holy Land are coming together to physically rebuild and in Sunday Breakfast's Ramadan series of reports from Trevor Barnes, we look at how when the fast is broken each evening, Muslims are recycling food and liquid to ensure not a drop is wasted.

Between seven and eight, we hear how the former Archbishop of Canterbury, Dr Rowan Williams has called on the UK not to "turn a blind eye" to the current refugee crisis. Anthony speaks to the Bishop of Huddersfield about how people are coming to terms with the death of the MP Jo Cox. And Anthony speaks to the founder Hajja Fatimah Dennis and one of her students from the Mariam Madrassa Sharif Al Wazzani Academy which is based on the north coast of Morocco and why they are looking for a new intake of students.

Between eight and nine, Anthony finds out more about the Church of England's attitude towards sexuality as big conversations begin on both sides to try and find a way forward and hears from the Bishop of Thetford as well as Jayne Ozanne who was an influential evangelist before she came out. Anthony also hears from Jonathan Richardson, the Children, Youth and Families Development Officer for the Diocese of Norwich about their drive to recruit young Christian leaders.

Faith and the referendum result

See all episodes from Anthony Isaacs