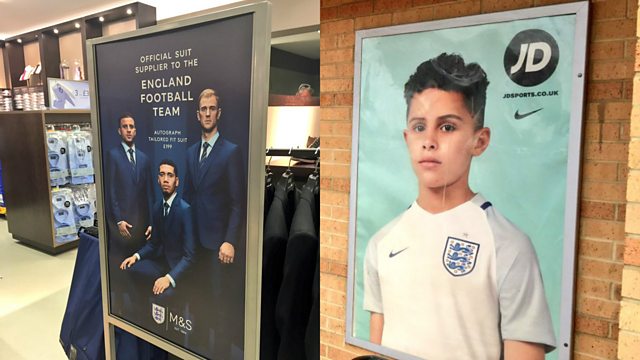 Welsh fans have complained to Marks and Spencer after shop signs showing support for the England Squad ahead of Euro 2016, appeared in a Cardiff store windows.

Similar complaints have been made against JD Sport, which put up posters promoting the official England kit in its Cardiff shop.

Rhydian Bowen Phillips was the fan who spotted the images, he told 5 live Daily's Peter Allen that he was shocked to see the pictures.

"We put up with stuff like this quite regularly in Wales. It's just about recognition for us as a country. We want to be recognised by these big stores as a country of our own".

Marks and Spencer issued the following statement: "Our store managers decide which local signage to display based on the popularity of the product highlighted. The FA suit is a firm favourite so was featured in the Culverhouse Cross store. However, we always listen to feedback and the sign has now been changed."