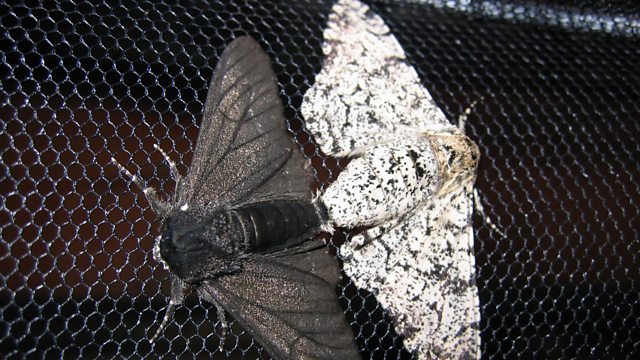 The Peppered Moth has long been taught in schools as an example of Darwinian Natural selection happening almost on human timescales. In 19th century industrial Britain, soot on trees caused a mutation in the genes that regulated the wing colour to briefly thrive. Birds ate the unfortunate typical lighter coloured ones, while the mutant black ones were better camouflaged. Until that is, the clean air act allowed the older, typical coloured one to return in numbers. For the first time, scientists have now identified the genetic goings-on that underpin this classic case. And even better, they suggest the single original mutation in an individual moth occurred just when one might have expected – sometime around 1819.

Slovenian dragons
After a four-month wait, the eggs laid by a peculiar salamander in a Slovenian cave have started to hatch. Ghostly pale and totally blind, olms - fondly known by locals as "baby dragons" - only reproduce every 5-10 years and are thought to live to 100.

Pluto’s “Beating Heart” explained
The spectacular, flat landscape that dominates the left side of Pluto's icy "heart" can now be explained, say scientists. Sputnik Planum is the most prominent feature on the diminutive world, covering 900,000 square km. Broken into an array of polygons, it is devoid of any impact craters. Reporting in the journal Nature, the researchers say that roiling cells of nitrogen ice remove any blemishes, maintaining a super-smooth appearance.

Flat Lenses
Federico Capasso and colleagues have developed a flat lens, much better, and much cheaper, than conventional glass lenses. It is also much much thinner than a human hair.)

Psychobiotics
The impact of gut bacteria on our cardiovascular system and metabolism has been well-researched. But how about the effect on our minds? Scientists are examining the possibility that these bacteria might influence our moods. John Cryan, who's Professor of Anatomy and Neuroscience at University College Cork, has just published a review of the current state of the field in the journal Genome Medicine. So could we see a day when certain gut bacteria are used in the treatment of depression and anxiety? John Cryan and Phil Burnett, who is a neuroscientist working with psychiatrists at the University of Oxford discuss.