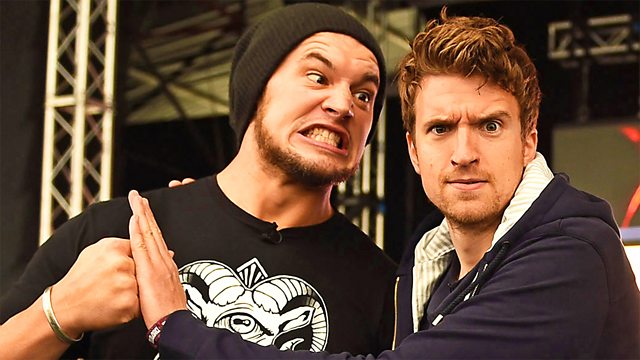 Lifelong wrestling fan Greg James meets the biggest stars in WWE to explore the realities behind making it to the top. With Roman Reigns, Chris Jericho, Sami Zayn, and many more!

When Greg James was younger he dreamt of being a superstar wrestler (and we have the home movies to prove it). Fast forward 20 years and that’s not looking particularly likely... but if you did fancy yourself as the next WWE World Heavyweight champion, how would you go about it?

With the help of WWE superstars Chris Jericho, Charlotte, Roman Reigns, Sami Zayn, Enzo Amore, Big Cass, Stephanie McMahon and many more, Greg goes on a mission to find out.

He heads to New York to go behind the scenes of wrestling to learn just what it takes to make it to the top of a business like no other. He also catches up with Baron Corbin and the next generation of superstars in WWE’s developmental brand NXT at Download Festival.

What will happen when Greg enters the unpredictable world of professional wrestling and does he have what it takes to be a king of the ring?