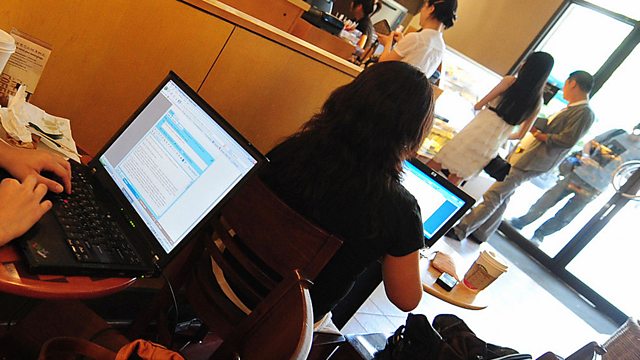 FinTech Success and Failures
The UK Government Parliamentary Office for Science and Technology (POST) has published a new report about financial technology. One of the report’s authors will discuss why some financial technologies have taken off in some countries and not in others. Could cultural attitudes to money determine if technology will be successful or not?

Sci-fi and Africa
Lauren Hutchinson reports from New York from the The Iyapo Repository - an exhibition in Brooklyn which focuses on the absence of Africans in sci-fi and uses interactive workshops to re-imagine Afro-centric technical futures.

Hearing Tests on Tablets
The World Hearing Foundation is training technicians to use a new app to test people’s hearing, which they hope will not only identify people with hearing loss but also lead to them getting help. Globally there are over half a billion people with hearing loss, and about half of that hearing loss is disabling, but lack of audiologists and availability of cheap hearing aids means most people in developing countries will not get help. We discuss this latest app and how technology has transformed hearing aids.