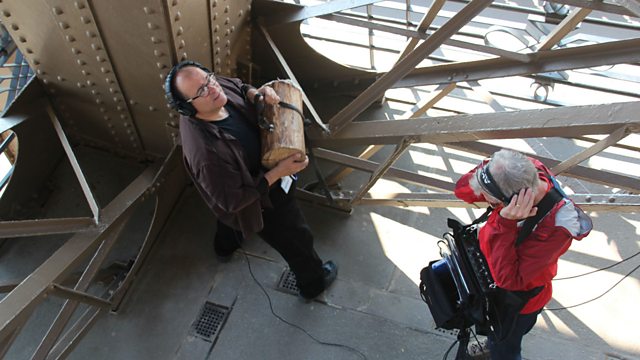 Making Music With The Eiffel Tower

One man has spent the last 12 years creating an album with the Eiffel Tower in Paris, France, as his only instrument. From the basement to the summit, the Paris monument's girders, railings, and rivets were banged, tapped, strummed and thumped. And then, those 10,000 samples were layered into one composition, called Tower Music. Weekend's Anu Anand has been hearing from the person who created it: composer Joseph Bertolozzi.