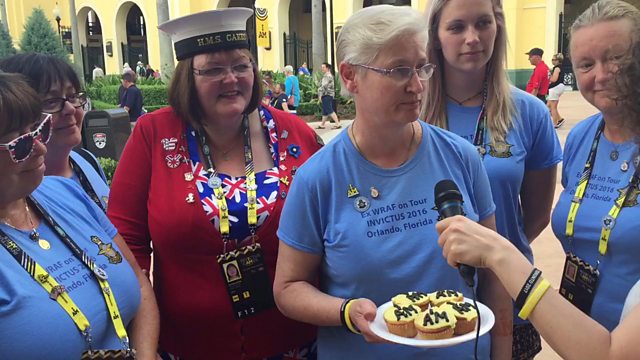 Kath the Cake Lady has been joined by a whole squad in Florida!

Kath Ryan, known as the Cake Lady, has inspired a whole new group of bakers with her efforts baking for injured soldiers back in the UK.

Here's a bit about the ex-WRAF ladies:

Nicola Willis-Jones is an ex-RAF chef. After leaving RAF she has lived and cooked across the world; inGermany, Australia, and now Virginia, USA, where she is the head chef in bakery The Pure Pastry Co, bringing the taste of home to ex-pats.

Tina Harrison is an ex-RAF chef. After travelling the world she's now living in Florida with her son Josh and works in private aviation.

Sara Musson served across the UK, Germany and Cyprus for 23 years as an RAF Dental Nurse. She now lives in the Northwest Territories, Canada.

Alex Meehan works with her mum Amanda at Toronto Pearson airport as a shift scheduling coordinator in the operations centre. Although she hasn't personally served in the RAF, her parents both did and her brother is currently in the RAF, so she's keen to help however she can. She says; "Meeting the amazing athletes and families while watching the games is magical and completely inspiring. I'm stoked to help in Toronto next year and make it even better for the teams."

The ladies all say; "We are all looking to build on this volunteering experience to support the Invictus Games 2017 in Toronto, with likely many more ex-WRAF who have seen the amazing time we've had, and want to join us next year" 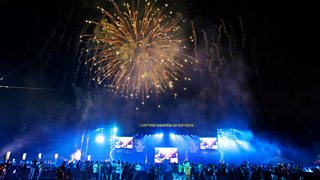 See all clips from Day 5 and Closing Ceremony (5)

See all clips from Invictus Games (98)