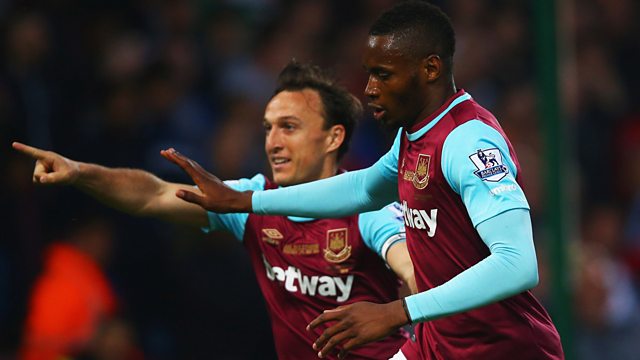 Hear all the action from a pulsating encounter as West Ham United marked their departure from Upton Park after 112 years with a thrilling victory that may have ended Manchester United's chances of Champions League qualification.

Louis van Gaal's side knew victory here and at home to Bournemouth this weekend would secure a top-four place - but this loss means Manchester City are two points clear of them going into their final game at Swansea City.

Anthony Martial put Manchester United ahead after they conceded an early Diafra Sakho strike. But two towering headers in the space of four minutes from Michail Antonio and Winston Reid gave West Ham the victory they richly deserved.