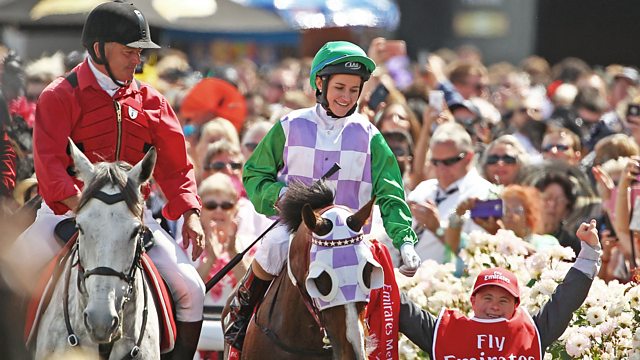 Michelle Payne: Why I told critics to 'get stuffed'

Melbourne Cup-winning jockey Michelle Payne has told Sportshour's Frank Keogh about her life on and off the track.

One of 11 children, she lost her mother at a very young age. She has overcome many barriers in a male-dominated sport and her victory not only brought her to prominence, but made a star out of her brother Stevie Payne. He is a strapper, who helps look after Prince of Penzance, Stevie also has Down's Syndrome.