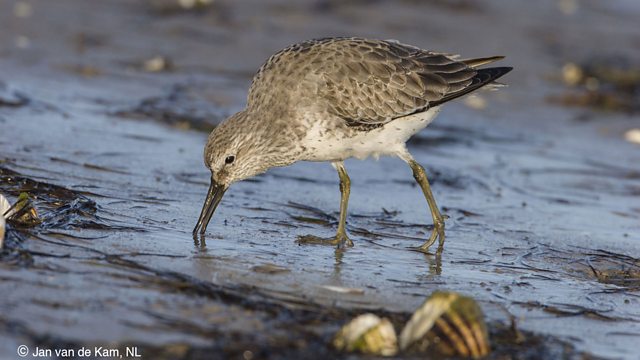 The shorebird , the red knot is shrinking due to warming in the Arctic, and because its beak is getting shorter, it’s struggling to find food in its Tropical wintering grounds. The subspecies being studied has declined by 50% in the past 33 years of study. It’s all to do with the careful balance of nature being shifted, a ‘trophic mismatch’ – the snow melts and the food insects erupt before the chicks have hatched and can eat them.

Forest Fires in Himalaya Region
Loss of forest to fires in the Himalayan region is estimated to be the biggest in 15 years. Nepal has recorded the largest loss with nearly 250,000 Hectares. High temperatures, poor monsoon rains, reduced snow cover and strong winds are thought to have exacerbated the situation. It’s very likely the strong El Nino even played a part.

Insights into REM Sleep and Memory Formation
It’s long been suspected that rapid eye movement, or REM, sleep helps us consolidate our memories while we slumber. But it’s not something that’s easy to prove. REM sleep is transient, and there are ethical concerns surrounding sleep-deprivation experiments on humans. Now researchers have got a much better idea that it indeed does with new work using optogenetics on mice….By lighting up the brain activity in sleeping rodents, the scientists think they can see memory formation in action.

Fizzy Rocks Yield Clues to Early Earth’s Atmosphere
Bubbles in rocks formed when lava was fizzing before it solidified are clues to Earth's early atmosphere. The orientation and size of bubbles of gas (captured when molten lava sets) can tell geologists how thick our atmosphere was 2.7 billion years ago and give clues as to its composition. And from this we can make inferences about life on that early Earth.