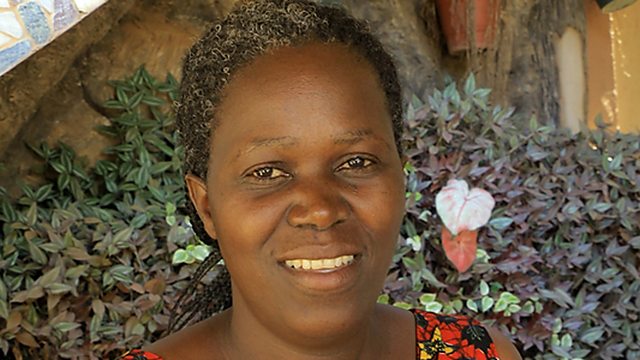 My School for Sex Abuse Survivors

Alice Achan started a school for survivors of sexual abuse in Uganda. She began by helping girls kidnapped by the Lord's Resistance Army.

Alice Achan started a school for survivors of sexual abuse in Uganda. She began by helping young girls who had been kidnapped and raped by the Lord's Resistance Army during the 1980s and '90s. When they became pregnant the LRA released them, but their families often refused to take them back and they could not get places at schools. Alice Achan set up schools with childcare facilities to help those girls restart their lives.

Do you find it easy to remember people you have met - just by their faces? Apparently most of us can only recall 20% of the faces we have seen. But Eliot Porritt is different. He is a so-called 'super recogniser' who can remember up to 95% of the faces he has seen - and he is using his skills to help police in London crack down on crime.

All this week in Orlando, Florida, wounded service men and women have been taking part in the the Invictus Games. The event was started by Prince Harry of the British royal family, who has highlighted the importance of helping combat veterans not only with physical wounds but also with mental health problems. Our reporter Aleem Maqbool met one competitor, a US marine called Ronnie Jimenez.

Damir Imamovic is a Bosnian musician who is reviving traditional love songs known as Sevdah for a contemporary audience. He is following in the footsteps of his father and grandfather who were also Sevdah singers. Damir's band Sevdah Takht are bringing their modern version of this historic art form to their home city of Sarajevo, which is still healing the wounds of the brutal civil war of the 1990s.

I Invented the Super Soaker