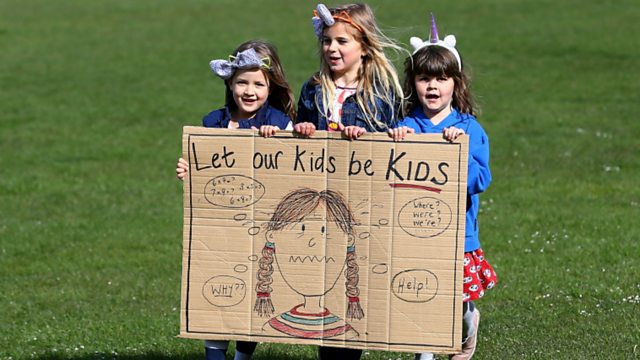 Has the minister failed a SAT question?

Groups of parents in parts of England have withdrawn their children from school, in protest against new tests for six and seven-year-olds.

The organisers of the action say children are over tested and the exams, known as SATS, place too much stress on youngsters.

The Government has criticised the protest and the schools minister, Nick Gibb, defends SATS before Martha Kearney tests his grammar.