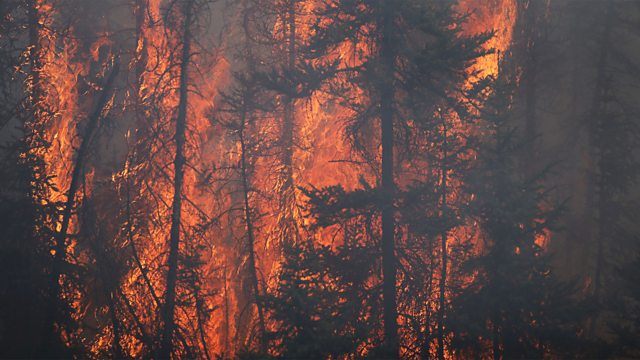 The wildfire in Alberta, Canada, seems to be diminishing and residents should be able to return to the city of Fort McMurray over the next two weeks. The fire had appeared to be out of control just a few days ago but thanks to favourable weather conditions appears under control. The weather has played a huge part, but what about technology? AI, drones and satellites have all been used. Dr Guillermo Rein, from Imperial College, London and Editor-in-Chief of the journal Fire Technology explains how tech is now incorporated in fire management.

Water Access via Mobile
Almost a third of the world’s population has no access to decent sanitation and more than 660 million people lack access to clean water. Yet something as basic as a mobile phone in people’s hands could help turn the situation around for many. Information and Communication Technologies have been one focus of a report into water and sanitation just published by POST – the Parliamentary Office of Science and Technology in England. One of the authors of that parliamentary briefing is Chandy Nath, Deputy Director of POST and she joins Gareth and LJ in the studio.

Malaria Diagnosis App
A technology that we reported on back in 2014 is now being used in the field by Médecins Sans Frontières to fight malaria. Peek Vision is a technology that converts a smartphone into an inexpensive eye-examination kit using a plastic attachment, the phone’s inbuilt torch and an app, allowing technicians to diagnose cerebral malaria in children by looking into the eye. The application is one of the items on the agenda next week at a two-day scientific meeting of the worldwide medical movement Médecins Sans Frontières. Estrella Lasry, tropical medicines Advisor at MSF, has been involved in the organisation’s work in developing Peek to help diagnose malaria among children in Mali and explains why the app is so useful.

Natural 3D Images
Researchers at the University of St Andrews in Scotland may have developed a solution to one of the longstanding limitations of photography. They have managed to create 3D images where you can choose which part of the image you focus on. Michael Mauderer from the team is working on a system called Gazer where the camera records not just a 2D version of the scene but also data about how far away everything is from the camera. He explains that when you look at the image, eye-tracking software works out where you are looking so that you can focus where you choose.