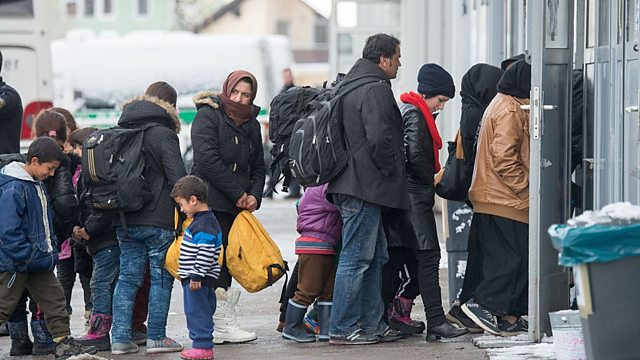 Can Germany accommodate more migrants? What is the future of Europe? A panel and audience debate the issues in Berlin.

As Europe faces some of the greatest crises of modern time, Germany’s leadership in the Europe Union has been put under pressure. World Questions is in Berlin at the Deutsches Historiches Museum to explore a German audience’s questions to a panel of opinion-formers and decision-makers. Jonathan Dimbleby is joined by Aydan Özoguz, Cabinet Member and Federal Commissioner for Immigration, Refugees and Integration; Christian Schmidt, leader of the ALFA party in Berlin; the contemporary historian professor Gerhard Hirschfeld; the migration researcher professor Naika Foroutan; and Philipp Lengsfeld, CDU Member of the Bundestag.

See all clips from Germany and Europe (5)