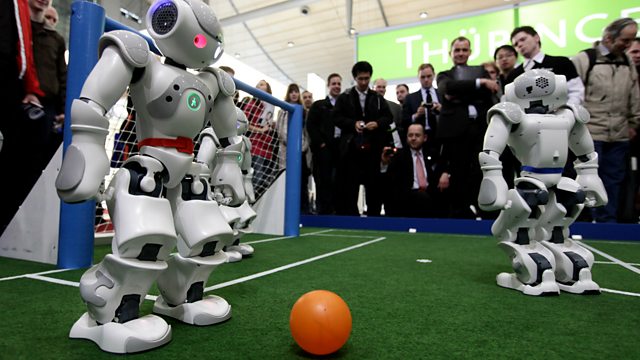 The Growing Potential of AI

Microsoft's Chief Envisioning Officer tests the grey matter of the BBC's Ed Butler. Also the decline of big oil and the elections in the Philippines.

Should we fear AI? Dave Coplin, one of the men at the forefront of putting artificial intelligence into our lives talks to the BBC's Ed Butler from the UK's biggest AI summit. Also, how big oil is coping with not being quite so big anymore, and the social concerns affecting Filipinos three days before elections there.

(Photo: Robots play football in a demonstration of artificial intelligence at the stand of the German Research Center for Artificial Intelligence, 2010. Credit: Sean Gallup/Getty Images)

How to be Frugal