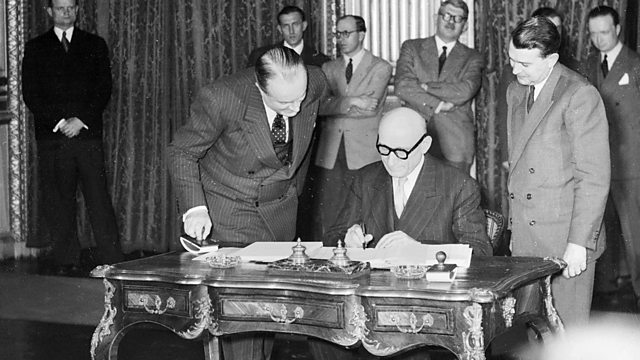 What Happened to the European Dream?

As the European Union faces multiple crises – from immigration to the possibility of Britain leaving – what was the project's founding vision? And does it survive today?

In June, the UK will vote on whether to become the first country ever to leave the European Union. Anti-EU political parties are on the rise across the continent. In April, the Dutch people rejected an EU agreement with Ukraine. Even the president of the European Commission admits that "the European project has lost parts of its attractiveness".

But what is that project? And has it lost its shine? The Inquiry goes in search of the vision that inspired the EU’s founders and - with expert witnesses from Ireland, Denmark, the Netherlands and Germany - asks: what happened to the European dream?

Should We Give Homeless People Homes?

See all clips from What Happened to the European Dream? (2)