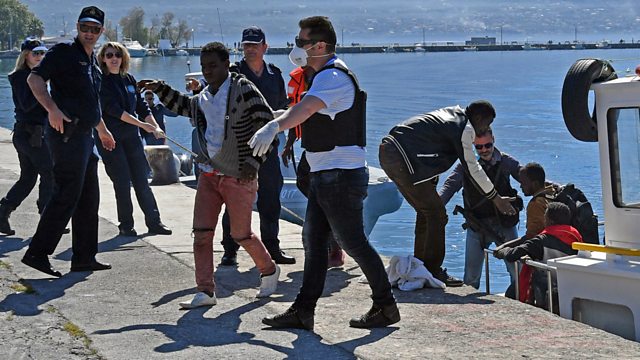 A survivor in Kalamata on seeing migrants drown

41 migrants who survived crossing the Mediterranean from Libya have been released after being detained by the police on arrival in Greece. The migrants, mostly from the Horn of Africa as well as Egypt, said that en route up to 400 people drowned. Officials have yet to confirm this. The BBC's Will Ross is in Kalamata and met Abdulkadir Mohamed Moalim, a Somali who fled to Yemen. He began by talking about his journey.

(Photo: Coast guards with migrants at the port of Kalmata Credit: EPA/Nikitas Kotsiaris)