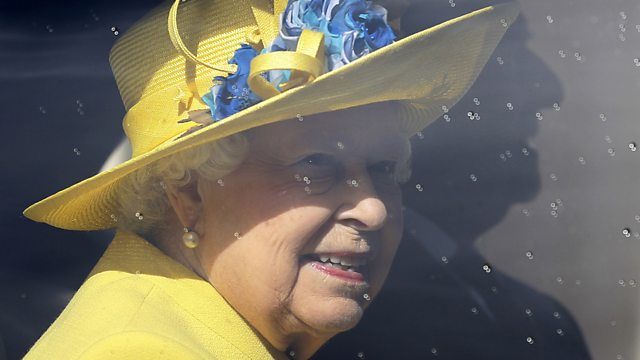 To salute the 90th birthday of Her Majesty Queen Elizabeth II, David Cannadine, eminent professor of History at Princeton University explores the worldwide role and significance of the British monarchy.

Starting with the Queen’s accession in 1952, he looks at Her Majesty’s many world tours to her dominions and former colonies across her reign on the British throne, and assesses her role as Head of the British Commonwealth of Nations.

However, 240 years ago, another long-reigning British monarch, George III, was having severe problems with his own world role, as sovereign of the 13 British colonies in America. They were up in arms about new taxes being imposed by the British government and the mood in the rebellious provinces was revolutionary.

David also explores his own archive of memorabilia, preserved in his Princeton home and study, of another British monarch, Queen Victoria. Victoria RI as she was proclaimed – Victoria Regina et Imperatrix (Queen and Empress) – ruled India in pomp and splendour, and in 1897 celebrated her own Diamond Jubilee in the presence of colonial representatives from all over the British Empire.

See all clips from A Global Queen (3)