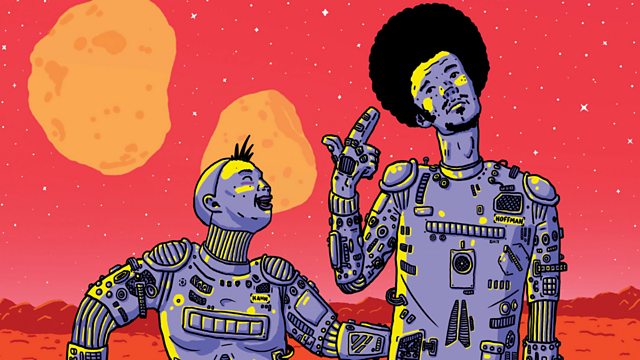 How identity and adversity are inspiring literature, theatre, comic books and street art.

Lead characters in most mainstream comic books were created decades ago in the heyday of racism and sexism; the heroes are mostly straight, white men. South African graphic novelist Nas Hoosen has decided it is time to make a change for superheroes.

Yemen’s civil war has led to great social disruption in the country, but even in difficult circumstances artists still feel the need to practise their art. We talk to street artist Murad Subay about why he continues to make controversial art in the capital Sana’a.

Skid Row in Los Angeles is a street and a name synonymous with poverty and vagrancy. But within the community a vibrant arts scene has emerged and begun to flourish. Carren Jao reports on artists and activists who have been making the voices of Skid Row heard for the last three decades.

Author Walter Mosley writes the Easy Rawlins novels. He is also a playwright, screenwriter and visual artist. He writes essays, poetry, articles and most recently, a memoir called The Graphomaniac's Primer. Tania Ketenjian has been finding out about his compulsion to write and write and write.