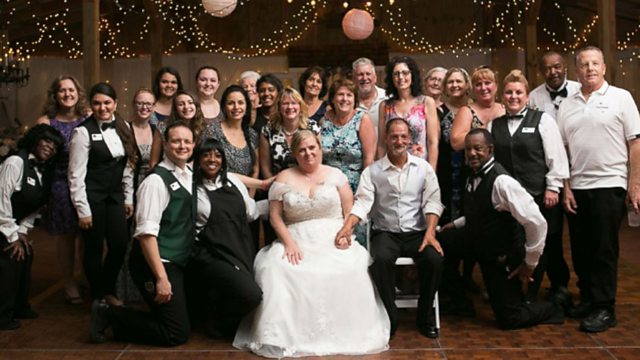 A homeless couple were given a "beautiful" wedding after their local community in Tampa, Florida raised $20,000 (around £14,000).

Evelyn Adams and Rocky Barlett had been together for 22 years and homeless for almost three of those years - living under bridges and in woods.

When the couple's homeless liaison police officer learned the couple couldn't afford the $93 required to get a marriage licence, he asked the community to pitch in.

Evelyn told 5 live she always wanted "a Cinderella wedding" but "thought it was make-believe". She added: "But it's not make believe now. It was really beautiful."

The couple's marriage put them on track to qualify for government-subsidised housing. They are now living in their own apartment.

This clip is originally from 5 live Drive on Wednesday 6 April 2016.