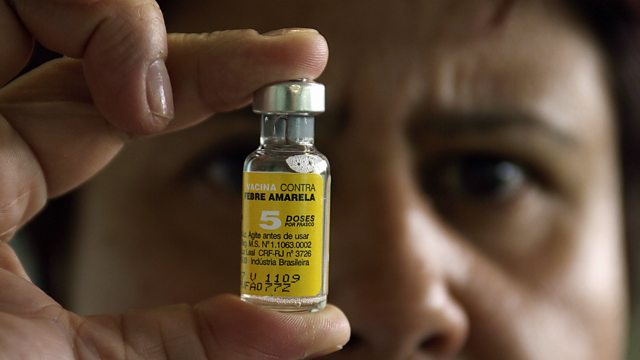 More than 200 people have been killed by a yellow fever outbreak in Angola. The disease has already consumed the World Health Organization's emergency stockpile of yellow fever vaccine. There are now fears that the outbreak might trigger a global spread reaching untouched areas like Asia. Yellow fever is spread by Aedes aegypti mosquitoes, which also carry Zika and other diseases. Professor Lawrence Madoff of the International Society for Infectious Diseases spoke to BBC Newsday about the scale of the outbreak in Angola.