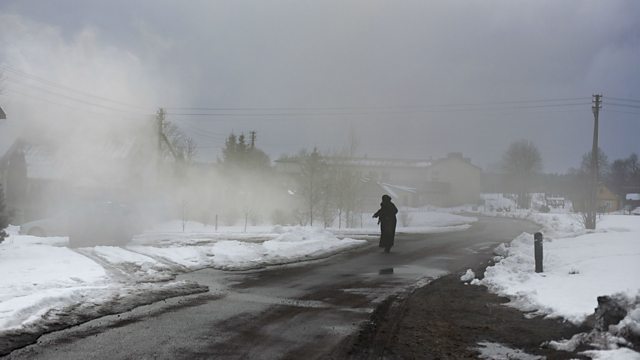 In 1945 Anatol and Wiktor Iwanowski escaped from a prisoner-or-war camp in Kaluga, Russia, and crossed over 2200 kilometres on foot, across fields, through forests, valleys and rivers to make it back to Poland. As fugitives, they walked only at night and lived on what they could find. Three months later they were reunited with their family in Wroclaw. The journey was recreated by Anatol's grandson, Michal in 2013. Using a rough map found in his great uncle's diary, he went back to document the perilous route - through Russia, Belarus, Lithuania and Poland. The images are now the subject of a new book, "Clear of People". Dan Damon spoke to Michal Iwanowski about the project and his family's story.

(Image: Still from "Clear of People". Photo by Michal Iwanowski)