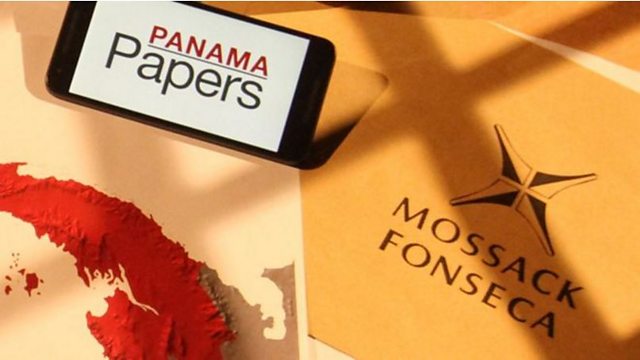 Robert Palmer from the Global Witness anti-corruption campaign and Lisa Osofsky, former deputy-general counsel for the FBI discussed the leak.

Eleven millions confidential documents leaked from a Panamanian law firm have exposed money laundering, tax evasion and the dodging of international sanctions by members of the global elite.

The documents show links to 72 current or former heads of state.

The company, Mossack Fonseca, has insisted the offshore companies it creates for its clients are legitimate.

Robert Palmer from the Global Witness anti-corruption campaign said tax havens do damage in a number of ways:

"This sort of behaviour that we've seen with these leaks fuels corruption, it fuels instability, it fuels people who are breaching sanctions but this also hurts everyday citizens because you and I, we can't afford to put our money in an offshore tax haven."

Lisa Osofsky, former deputy-general counsel for the FBI said US investigators will now be digging deep to find out more:

"You've got someone inside who leaked information, we think, we're not sure who it is but we'd love to know - but what we do know is we get an insider's view here"."