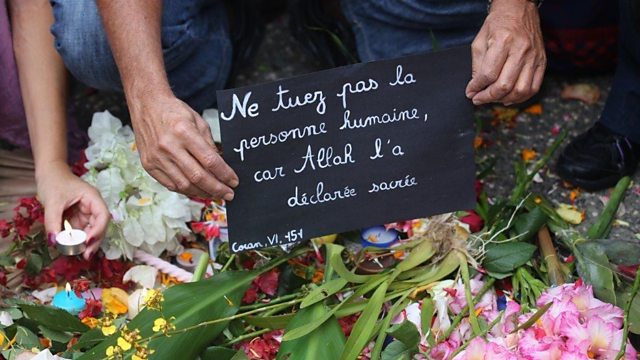 In the days after the attacks on Paris, Mohammed Chirani – a French-Algerian – went on live French TV to tell supporters of so-called Islamic State that Allah would not protect them. "Know that our dead, the innocent French citizens, are in paradise and your dead, the terrorists, are in hell." He was, he went on, “waging war on them with the Koran”, challenging the extremists' interpretation of Islam verse by verse.

John Laurenson meets Chirani to learn how he aims to tackle the problem of radicalisation of Muslims in France where it is at its most dangerous: behind the walls of the countries prisons. Approximately 50% of France’s prison inmates are Muslims. According to Chirani, “prisons are the breeding ground for radicalisation.” He aims to combat this with what he calls the “jihad of witness”

John explores how young Muslims who end up in prison and start to study the extreme version of Islam tend to follow the same pattern of behaviour from an early age.

He also hears from a former inmate who has been through the French prison system to explore how the issue of radicalisation behind bars is being addressed.

A Knock at the Door

Converting Out of Caste