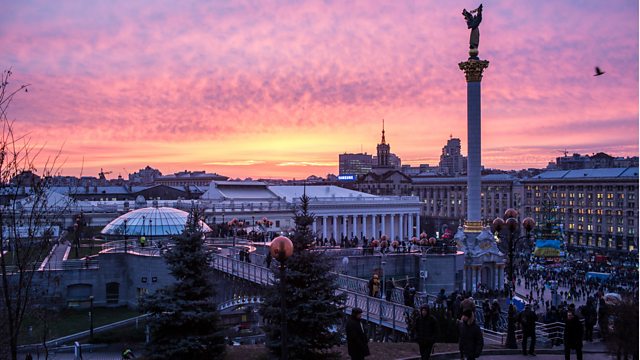 Two years ago Kiev was at the centre of a violent struggle for the future of Ukraine, as pro-Europe demonstrators occupied the central Independence Square. Beyond the headlines, how have the city's artists, writers and musicians responded to what happened?

Tina meets the novelist Andrey Kurkov who published his diaries of the crisis. He describes how the Ukraine's literary scene has shifted as a result of the violence and the war still going on in the East of the country.

Arts group Izolyatsia hail from the Donbass region in Eastern Ukraine. When the war began their premises were commandeered by pro-Russian separatists, forcing them to flee to Kiev and start their work from scratch. Tina hears their story.

Jamala is Ukraine's entry for the Eurovision Song Contest this year, but her song 1944 has stirred up controversy in Russia. She explains the personal story behind the song and reflects on the importance of music in times of conflict.