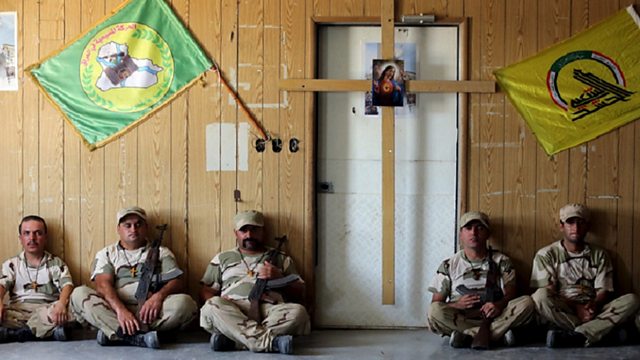 Pascale Harter introduces stories of faith, hope and tradition from around the world, with insight and analysis from reporters and writers. In this edition:

Owen Bennett Jones meets Rayyan al Kildani, leader of one of Iraq's Christian militias, which is helping fortify the fight against the Islamic State group;
Mary Ann Ochota is in South Kivu, on the eastern edge of the DRC, learning how villages set up for people displaced by war are building latrines and social groups for a healthier future;
Alex Marshall visits what may be the world's first state-operated cannabis farm in Uruguay - but will anyone end up buying its crop?
and Fuchsia Dunlop sits at the top table and enjoys a feast of some of the finest and most exclusive Cantonese cuisine to be found in Hong Kong.