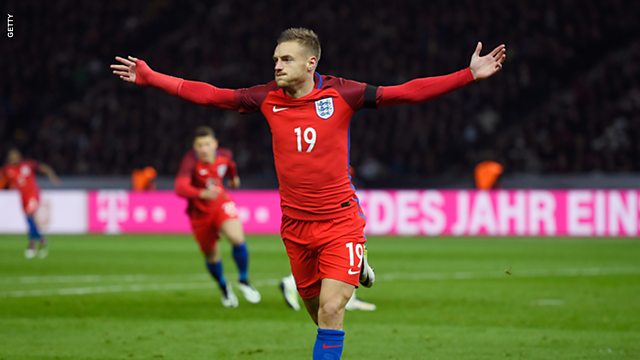 He told Daily’s Adrian Chiles: "My money at the moment and my place would go to Jamie, purely on form"

The England captain missed the 3-2 win against Germany in Berlin through injury, with Vardy impressing with a goal in his absence.