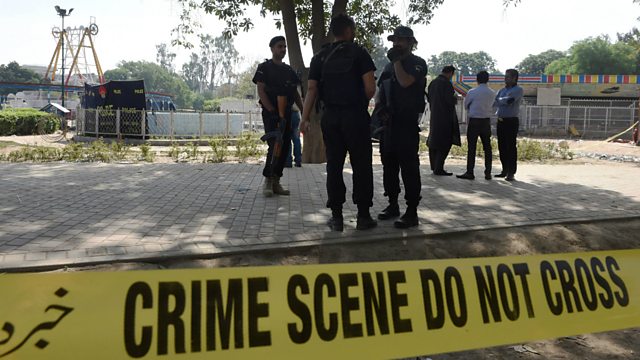 At least 70 people were killed and hundreds wounded when a blast went off near a playground in a park crowded with families. A splinter group of the Pakistani Taliban, Jamaat-ul-Ahrar, said it deliberately targeted Lahore's Christian minority during Easter celebrations. The Bishop of Rochester, Michael Nazir-Ali, is the current president of the Oxford Centre for Training, Research, Advocacy and Dialogue (OXTRAD). It's an organisation which works in areas where the Christian church is at risk of persecution. He spoke to Newsday's Andrew Peach.